Edit
watch 02:23
Wiki Targeted (Games)
Do you like this video?
Play Sound

Ancient Lands of Edon (formerly called Drow Wars) is a Neverwinter Nights persistent world that brings together the two sides of Edon, the Surfacers and the Underdark, in a tenuous truce in the face of an otherworldly threat.

This server, which evolved from Nordock a long time ago, features a number of quest chains, heavily customized classes and content, and a massively in-depth CNR system for crafting. The setting is a dangerous time when the lands are at war with the Scourge, a race of fiends that attack the citizens and adventurers of Edon on sight, and when there is still ever-present uneasiness between many of the Surfacers, Drow, and Undead concerning the truce. 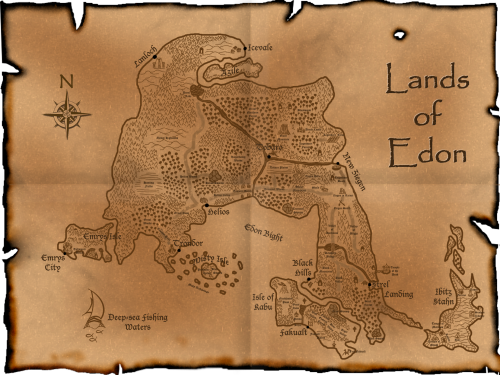 Ancient Lands of Edon has introduced extra playable prestige classes. These classes are the arcane trickster, eldritch knight, duelist, frenzied berserker, warpriest, divine champion, mystic theurge, elemental warrior, and stalker. In addition, four new base classes have been introduced, those being the warlock, psion, shaman, and favored soul. Information about these classes can be found in the server wiki.

While this server does not demand players to roleplay, they are expected to not interrupt others. As such, players must keep out-of-character speech strictly restricted to private messages between players. General and party chat is to remain either in-character, or at least, not disruptive to a RP setting.

PvP between players is allowed, as long as all participants involved consent to such. Note that PvP challenges must be in character (IC) and that players hiding behind the PvP rules (refusing PvP) while continuing to RP aggression, will not be tolerated. This is considered griefing and will be dealt with harshly. The Arena maps have special conditions applied to them; please see the server wiki for more information.

Community content is available under CC-BY-SA unless otherwise noted.